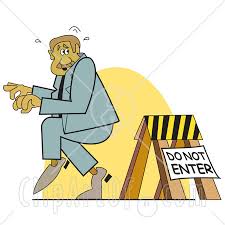 By Creg
One summer during my college years I flew to California to visit my roommate. His grandmother lived in Las Vegas so we drove there to spend a couple of days. As luck would have it, our visit just happened to coincide with a Mike Tyson fight, when he was in his prime. Being the big sports fans that we were, we decided to make a visit to the hotel where the fight would take place. As we made our way through the casino to the boxing ring we saw portable stands & make shift fences set up around the fight ring. It was enough to get in the view of anyone who wanted to see the action without a ticket, that would be us. We settled in the middle of a big crowd just outside the fencing where we could see the fight on the big screen TV above the ring. Right before the bell for the first round we decided to give up our spot in the crowd and take a risk. My roommate saw an unmarked portable fence we could sneak around to try for a closer view. Luckily, we found a place where we could stand behind the grand stand & watch through a gap in the bleachers. Seeing a heavy weight world championship boxing match in real life was absolutely electrifying.
Luke tells a story of a sinful woman (some versions say she was a prostitute) in chapter 7 who took a big risk to sneak in and get a closer view.

37When a woman who had lived a sinful life in that town learned that Jesus was eating at the Pharisee's house, she brought an alabaster jar of perfume, 38and as she stood behind him at his feet weeping, she began to wet his feet with her tears.

How did she get in the Pharisee's house? Was she invited? There's no way a woman, especially a prostitute, would be a guest of a Pharisee. Evidently she snuck in. Was that a risk? She could be stoned for adultery! Does Jesus like it when people take risks for Him? Absolutely!

38Then she wiped them (Jesus' feet) with her hair, kissed them and poured perfume on them.

Do you think she had the perfume for her job? Is she showing, by pouring out her perfume, that she was giving up on her former way of life, and that she has faith in Jesus to help her? Isn't that the effect that Jesus has on people?

39When the Pharisee who had invited him saw this, he said to himself, "If this man were a prophet, he would know who is touching him and what kind of woman she is—that she is a sinner."

The ironic thing is that Jesus knows exactly who this woman is & that's why He's letting her touch Him. Makes me wonder who should I be touching today that would make Jesus smile & others cringe.

44Then he turned toward the woman and said to Simon, "Do you see this woman?

Did Simon see the woman? Jesus sees the woman & her pain; Simon sees the sin. What do we see in others in similar situations? Jesus continues:

Does Jesus defend her in his reply to Simon? Jesus sees her pain & her hopeless situation. By defending her He puts himself with her. Jesus makes it very clear whose side He's on. It's the faithful ones who take risks to serve Him.

47Therefore, I tell you, her many sins have been forgiven—for she loved much.

Jesus sees in her heart that she wants to love, but she just can't get out of her hole. When Jesus gets down there with you, He knows it's a horrible place to be, but He'd rather be there with you than someplace else without you. However, He doesn't leave us there.

50Jesus said to the woman, "Your faith has saved you; go in peace."

She is rewarded for showing faith in Jesus. Knowing He was the one to see her as an opportunity, not as a problem. Jesus didn't come just to get rid of our sins, He came to handle our pain, to suffer with us, to love us no matter where we've been & to offer us a peace that the world can't give us, nor can the world take away.
This story starts out as a story of pain because she didn't get to where she was by accident. Little girls don't grow up with a goal to become a prostitute. But Jesus is in the business of radically changing the lives of people who take risks of faith for Him. The view becomes much better.
Posted by Creg Istre Family at 12:30 PM

Email ThisBlogThis!Share to TwitterShare to FacebookShare to Pinterest
Labels: Jesus, Living by faith