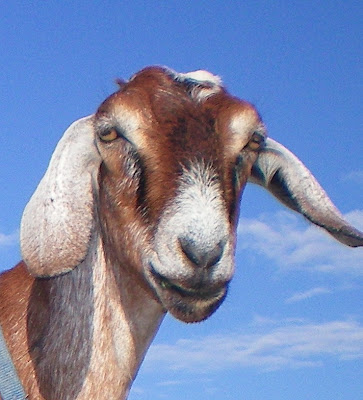 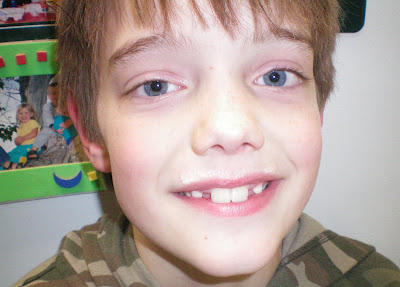 A couple of weeks ago we had to dry up Milkshake, our milk goat. I know she needs a well deserved break before kidding this spring, but I was still sad to do it because she's been providing us with such deliciously healthy raw milk to drink. Everyone in our family absolutely loves to drink the milk, but this has not always been the case.

Back in May, when I milked her for the first time, I poured the warm strained milk into a quart glass jar and stuck it in the fridge to cool. When the kids tried it later the next day, no one liked the milk. I thought we had made a big mistake in getting a milk goat because it just tasted funny. I couldn't figure out why no one liked it. We had tasted milk from our friend's goat and everyone thought it was great. After some trial and error I discovered that it wasn't the goat's fault, it was mine. I wasn't cooling the milk fast enough. And that made it taste just a little bit sour, which turned everyone off.

Soon I found a better way to cool the milk quick enough so it wouldn't sour. I began to split the milk into two glass quart jars, put it in the freezer for 45 minutes, then transfer it to the fridge. That seemed to work well. It tasted good and we enjoyed drinking it. But one day I didn't hear my timer go off and the milk froze solid. Irritated at the thought of messing it up again I pulled the jars out of the freezer and stuck them in the fridge. But instead of ruining the milk, that "mistake" actually led to the "discovery" of our favorite way to drink milk. Now I do this on purpose all the time. I freeze the morning milk and then pour the warm evening milk into those same jars and stick them in the fridge. This causes the frozen milk to soften up, but still have some ice crystals in it. When we pull this jar out to drink the next morning for breakfast, we always shake it up first so the ice crystals spread into all the milk. And when we drink it, it's ice cold and crunches just perfectly in between your teeth. It is so delicious to drink it this way that we almost fight over who gets it.
Posted by Creg Istre Family at 8:00 PM