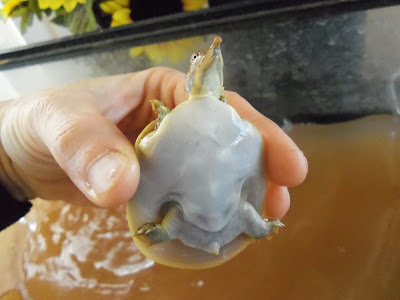 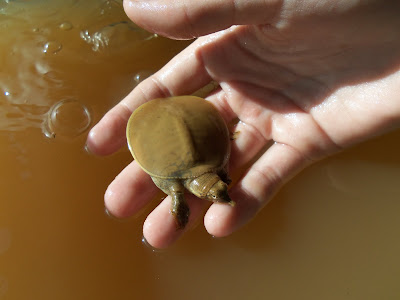 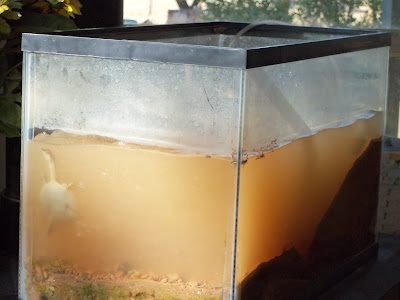 by Chelsa
Last week Steele and Samantha were playing down by the river and found a soft-shelled turtle. So they brought him home, got down the aquarium from the shed, and prepared it a new home. Now it is in our living room with a few minnows the kids caught for it to eat. They decided to name it Lance.

A couple of days later we invited some friends over and one of them found a little turtle at the river too. He brought him back to the house and it joined Lance in the aquarium. Sierra and Sterling claimed this one and they named it Squirt.

The best thing I like about these little guys is that when they stretch their necks while under water they look just like a tiny swimming dinosaur.
Posted by Creg Istre Family at 9:32 PM