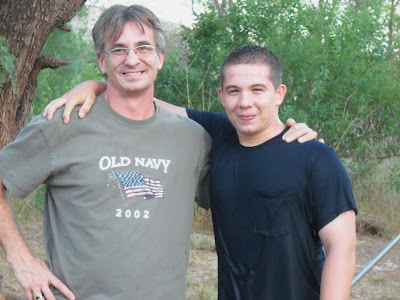 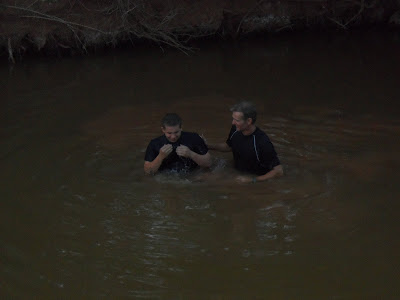 How does a 9 year old child start smoking weed? When both of your parents & most of your friends are into drugs, that's all you know. Ethan grew up in such a bad atmosphere that he would be gone from home for months at a time, wondering if his parents even cared that he was missing. He started smoking meth at 11 and snorting heroin at 15.

As a 9th grader he was sent to 2 different alternative schools for fighting. At the second school he brought drugs on campus and was charged with a felony (which was later erased). When he was 17 he started shooting heroin. He says his life was "all about me." His relationship with God consisted of quick prayers to not get caught with his stash of drugs when the cops pulled him over. Gradually Ethan felt being pulled toward God. He started going to church with his girlfriend because he noticed she had something in her life that he wanted. A desire arose in him to learn about God, still wondering if He is real. Ethan couldn't bring himself to pray anymore, because he didn't think God would answer him if he doubted God. Tired of constant drug use & living at the bottom of life, Ethan, now 19, decided to come to the Serenity House in Abilene about 6 months ago. That brought a different perspective - There's got to be more to life. After moving into Jason's recovery house, he went with Jason to Bible study & church. It was then that he decided he needed something bigger. Not doing drugs anymore was a good thing, but there was still something missing. Tonight Ethan decided to be reborn, losing his life for the cause of Christ.

Praise God for the transforming work of the Holy Spirit working in the lives of Jason, Ethan and others.
Posted by Creg Istre Family at 9:07 PM