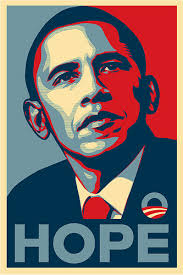 By Creg
Guess who said, “We have tried spending money. We are spending more than we have ever spent before & it does not work.”?

FDR's treasury secretary Henry Morganthau. He added, “after 8 years of this administration we have just as much unemployment as when we started...& an enormous debt to boot.” Sound familiar?

Kathleen Parker wrote an article recently about the 2008 presidential election. During that race Barack Obama told the story, more than once, of his mother, Ann Dunham, fighting until death with an uncaring insurance company about payments for her treatment. The company wouldn't pay, Obama reported, because his mom's cancer was a pre-existing condition. "I will never forget my own mother, as she fought cancer in her final months, having to worry about whether her insurance would refuse to pay for her treatment," Obama told a sympathetic nation.

According to Janny Scott, a New York Times writer and author of the book "A Singular Woman: The Untold Story of Barack Obama's Mother," Dunham's treatment was covered by her employer's insurance policy. The problem was with disability not health insurance. Presidential spokesman Nicholas Papas said, "The president has told this story based on his recollection of events that took place more than 15 years ago." You would think Obama would check his facts more carefully for he was the lawyer representing his mother at the time. Or, did he ignore the facts, knowing he would use this anecdote to make his argument for health care reform?

So, if you have a viewpoint that people find hard to believe, because of a lack of evidence, what can you do to get them to believe what you say? Change the past.

So, who was the first to revise history?
Posted by Creg Istre Family at 8:14 AM

Email ThisBlogThis!Share to TwitterShare to FacebookShare to Pinterest
Labels: History