It will be different this time 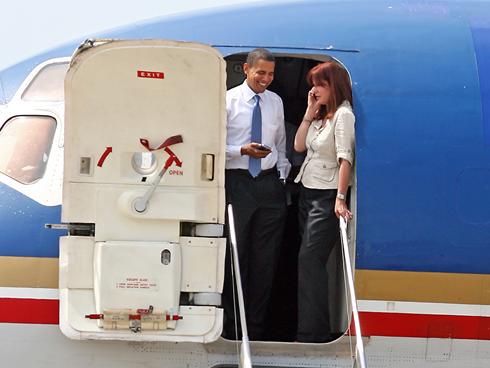 By Creg
Maybe you've heard about President Obama wanting to take away the tax breaks of private corporate jet owners. Walter Williams wrote a great article about the unintended consequences that usually happen when government gets involved in places it should not.

When Congress imposed a 10 percent luxury tax on yachts, private airplanes and expensive automobiles, with the passing of the Omnibus Budget Reconciliation Act of 1990, Sen. Ted Kennedy and then-Senate Majority Leader George Mitchell crowed publicly about how the rich would finally be paying their fair share of taxes.

Within eight months after the change in the law took effect, Viking Yachts, the largest U.S. yacht manufacturer, laid off 1,140 of its 1,400 employees and closed one of its two manufacturing plants. Before it was all over, Viking Yachts was down to 68 employees. In the first year, one-third of U.S. yacht-building companies stopped production, and according to a report by the congressional Joint Economic Committee, the industry lost 7,600 jobs. When it was over, 25,000 workers had lost their jobs building yachts, and 75,000 more jobs were lost in companies that supplied yacht parts and material. Ocean Yachts trimmed its workforce from 350 to 50. Egg Harbor Yachts went from 200 employees to five and later filed for bankruptcy. The U.S., which had been a net exporter of yachts, became a net importer as U.S. companies closed. Jobs shifted to companies in Europe and the Bahamas. The U.S. Treasury collected zero revenue from the sales driven overseas.

Back then, Congress told us that the luxury tax on boats, aircraft and jewelry would raise $31 million in revenue a year. Instead, the tax destroyed 330 jobs in jewelry manufacturing and 1,470 in the aircraft industry, in addition to the thousands destroyed in the yacht industry. Those job losses cost the government a total of $24.2 million in unemployment benefits and lost income tax revenues. The net effect of the luxury tax was a loss of $7.6 million in fiscal 1991, which means Congress' projection was off by $38.6 million. The Joint Economic Committee concluded that the value of jobs lost in just the first six months of the luxury tax was $159.6 million.

Congress repealed the luxury tax in 1993 after realizing it was a job killer and raised little net revenue. Why did congressional dreams of greater revenues turn into a nightmare? Kennedy, Mitchell and their congressional colleagues simply assumed that the rich would act the same after the imposition of the luxury tax as they did before and that the only difference would be more money in the government's coffers. Like most politicians then and now, they had what economists call a zero-elasticity vision of the world, a fancy way of saying they believed that people do not respond to price changes. People always respond to price changes. The only debatable issue is how much and over what period.
Posted by Creg Istre Family at 3:28 PM

Email ThisBlogThis!Share to TwitterShare to FacebookShare to Pinterest
Labels: Politics