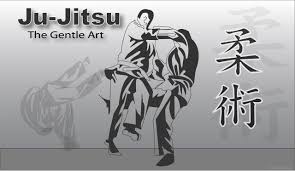 Last weekend we were in Austin for a few days, part business, part pleasure. Sterling & Sierra had their last football game Thursday & Chelsa & I were selling our crosses at the Hog-Eye Festival in Elgin on Saturday. We have never seen so much pig paraphernalia in our lives, but the sausage was outstanding. Their motto was "bringing warm hearts and hot guts." That made a convenient time for us to stay with my friend & former roommate Kent & his family at their house in west Austin. Kent was excited to show me his latest workout regime, Ju Jitsu. He had been taking lessons for several weeks & I provided a fresh grappling partner. He explained that the origin of this martial arts discipline was so a smaller, weaker person could have a self-defense against a bigger, stronger person. The idea is to use your bigger muscles against your opponents smaller muscles. I soon got the idea when he used his legs to wrap around my torso & pull my arm at an awkward angle so I would submit to defeat. My arm is still sore.

The devil works that way too. He knows where you're small. He knows where to attack you to get you to submit to him-anger, lust, deceit. He knows fighting a Christian toe to toe in the open is a defeat for him because of the power we have available to us. Think of the demons every time they came into contact with Jesus. They cried for mercy. The devil knows he can't win if we allow God to fight for us like the Israelite's in Exodus 14 mentioned in the last post.

Does He still do that?

In chapter 3 of his book "Radical" David Platt tells the story of a missionary he met in Indonesia. His name was Raden and he was a Ju Jitsu fighter before he became a Christian. One day Raden was sharing the gospel with a family in their house when the village witch doctor came up to him and wanted to fight. Raden smiled as he thought, "I'll take this guy down in seconds." But when he got up to go outside he felt God tell him that he didn't need to fight, that God would fight for him. So Raden walked outside, pulled up a chair, and sat down in front of the witch doctor. He told his challenger, "I don't do the fighting. My God fights for me." As the witch doctor attempted to speak, he began to gasp for air. He was choking and couldn't breathe. People came running to see what was wrong, and within minutes the witch doctor was dead. Raden thought, "I had never seen anything like this, and I didn't know what to do. But I thought, I guess this is a good time to preach the gospel." Many people in the village became Christians that day.


Have you ever let God fight for you?
Posted by Creg Istre Family at 1:16 PM