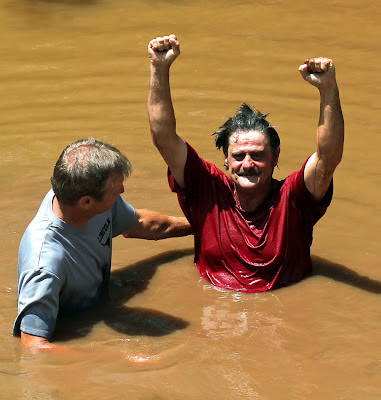 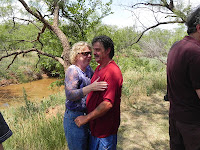 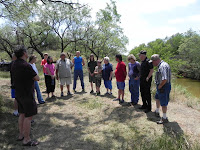 While sobering up from getting strung out one Friday night Dennis didn't know what to do, so he called his friend Lloyd (See post titled "Overcoming" for more about Lloyd). So Lloyd brought Dennis to church and we spent some time praying about his situation. Monday morning Lloyd took Dennis to the Serenity House to try and get him checked in but was told they were full. Lloyd immediately turned the matter over to God through prayer and knew something would happen. It did. Within minutes he received a call that someone just walked out of the program about 5 minutes ago, so there was now a room available for Dennis. After getting checked into Serenity House Dennis hoped things would change because he realized his life was not working. Substance abuse had been a part of his life and he was ready to get rid of that demon. Through some new friendships and regular attendance at church & Bible study Dennis got to know God in a new way and he knew he wanted more.

In May he reconciled with his wife, Sunny and 2 weeks later he was baptized in the Clear Fork of the Brazos. He's been clean for 4 months now and his wife has bragged about a noticeable difference in his life. She says he's more affectionate toward her, more content & patient with what God is doing in his life. He's more encouraging & forgiving, not worried or anxious about the future.

Jesus is in the business of second chances and it's so fulfilling to find people ready to take advantage of that offer.
Posted by Creg Istre Family at 6:02 PM