Samantha & Chelsa went with their violin teacher and her other students last Saturday to play a violin concert. They played at the children's wing of Hendrick Hospital and at the Chisholm House nursing home. Needless to say, they were well received by all who were there.

Posted by Creg Istre Family at 8:17 PM No comments:

Email ThisBlogThis!Share to TwitterShare to FacebookShare to Pinterest
Labels: Violins

The Pro Football Hall of Fame

By Creg. Thirty-five years in the making. I finally made it. A trip to the Pro Football Hall of Fame. Last year we decided to take each child on a trip when they turned 14 or 15, so Chelsa took Sierra last year to Lake Brownwood for a weekend. This year I was going to take Sterling on a trip. With sponsorship help from grandparents we planned a trip to Canton, Ohio to see football history. Sterling decided to invite Sierra on this once in a lifetime trip since she is big a football fan, too. 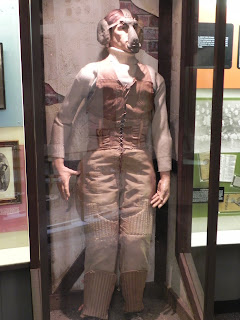 This is one of the first football uniforms from 1923. Looks just like padded overalls. Notice the padded nose guard held in place by a mouth piece. 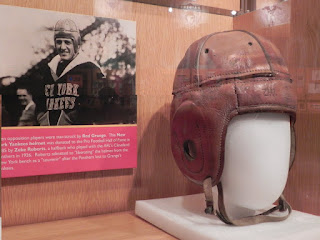 Red Grange's football helmet during the 1924 season. It was stolen after the game by a member of the opposing team. Not until 1985 did the culprit come clean about his "acquisition" when he donated it to the hall of fame. 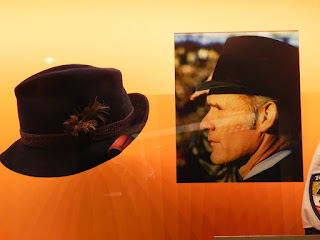 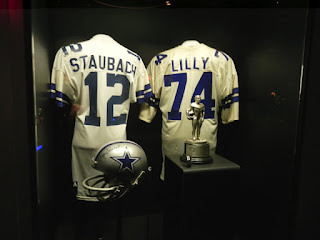 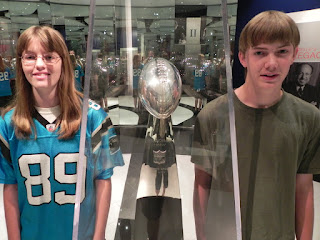 Sierra & Sterling next to the Super Bowl Trophy.
Posted by Creg Istre Family at 8:27 PM No comments: