A Victory for the Wind

Friday we traveled to Kennedale just south of Ft. Worth to play the Kennedale Faith Fellowship Mustangs. They are a passing team so we decided to move Sterling & another guy to an outside position on defense & let them rush the passer the whole game. Sterling played a great game doing what he loves to do best in football, chase the quarterback. He had several sacks & if he gets his big strong paws on anyone they're going down. Now he thanks me for all of the chin-ups & push-ups I make our kids do every morning for exercises.

We won 42-8, but the best thing was after the game  when players from both teams say nice things about a particular opposing player. One kid from the Mustangs said we were the nicest team they have ever played. He said our players would help them up, congratulated them & tell each other to stay humble. That's neat.
Posted by Creg Istre Family at 1:15 PM 1 comment:

Thursday we were down at the river with some friends investigating a bee hive that Sterling had discovered. It is in a tree that broke in two leaving the bees confused about their hive being in two pieces. We thought about piecing together a bee suit & trying to salvage their hive so we could start getting our own honey. After thinking through the possibilities of what could happen with a swarm of ticked off bees, we decided to wait & see if we could find someone who knew what they were doing. 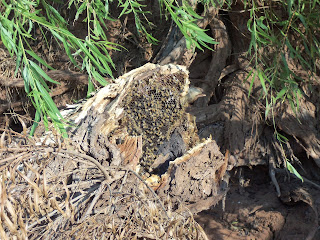 While some of us were trying to get as close as we could to the bees without making any sudden movements, Sterling was down the river a bit catching a 13 inch gar with his net. It was very pretty, especially the big golden tail with black spots. Sterling brought it to his room/aquarium/terrarium and put him in the big 40 gallon tank with the red-eared slider turtle. He watched them for few minutes to see if they could play nicely with each other. Confident that they were getting along well, he went to eat supper. When he came back after supper the turtle had bitten off several chunks of the gar's tail fin & part of his front fin. Seems like someone wasn't happy about having to share his tank. So, the turtle ended up in the bathtub & the gar has the tank all to himself, along with a few river minnows & shrimp for dinner. Do gar's tail fins grow back? 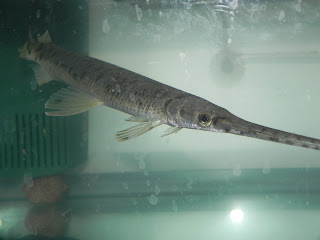 Posted by Creg Istre Family at 12:41 PM No comments:

Run with the Wind

Sterling's second football season just started. He's playing linebacker & tackle on the Abilene Wind, a Jr High team made up mostly of home school kids. It's a family affair with Steele being the water boy, Sierra being the assistant coach and me being the Jr High coach. Our first game was against Cross Plains and while leading most of the game we lost 22-8. 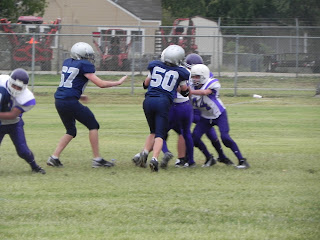 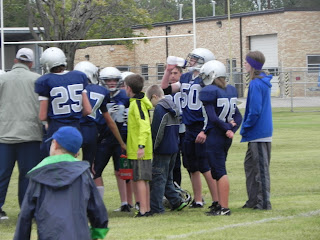 Steele in bright yellow, Sierra in blue.
Posted by Creg Istre Family at 3:41 PM No comments:

Can anything bring two 12 year old girls together like a love for horses? Well, a love for God and family and church can as well. But that horse love goes a long way.

Samantha's friend Bailey made some portable jumps out of pvc pipe and cones and brought her horse, Bubba, over to ride with Samantha and her horse, Roman. 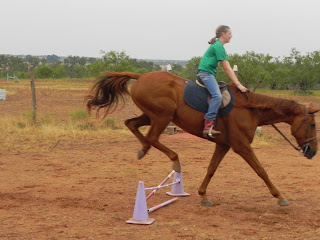 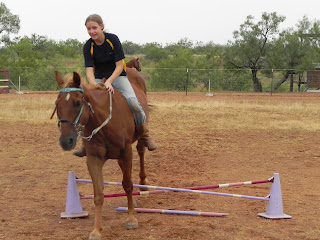 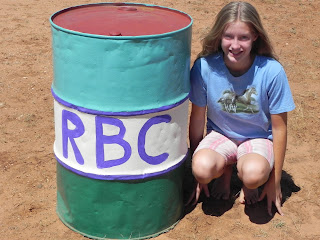 Samantha decided to paint an old barrel to practice her racing. RBC stands for the Roman and Bubba Club.
Posted by Creg Istre Family at 2:50 PM No comments: