Steele had a late birthday celebration with 6 friends playing several games of capture the flag; air-soft style. Air-soft is a style of weapon that shoots 6-mm plastic BB's from realistic looking guns. The BB's can travel up to 250 ft. when fired from a higher caliber rifle. And yes, you actually try to shoot your opponent. 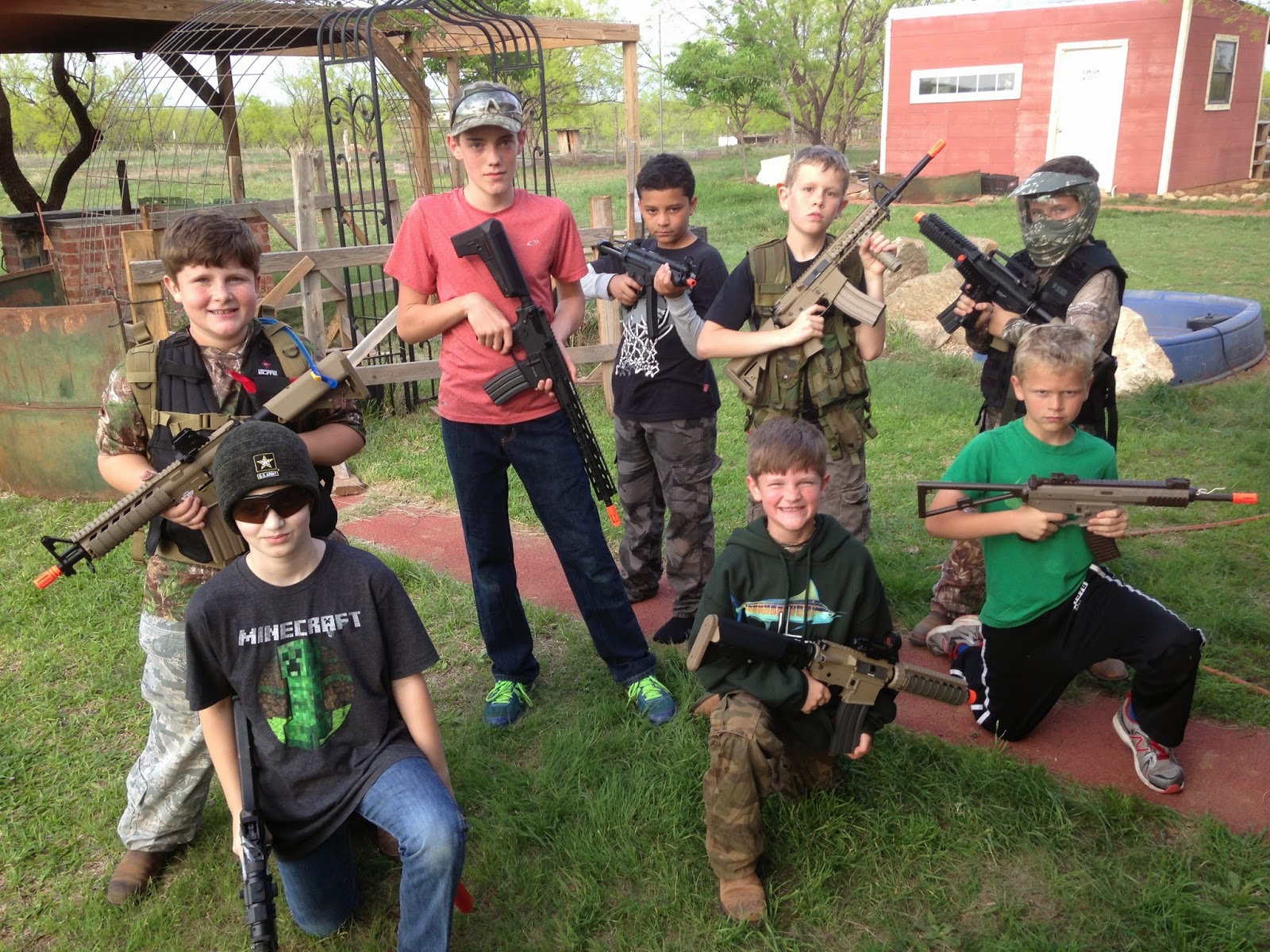 After dividing up into two teams, each team chose a base station down in a ravine on our property, with the tree-house being in the middle of the battle zone.

When the game started each team advanced to the middle zone looking for a hidden flag and trying to avoid being shot. When the flag was found you had to make your way back to base with the flag to secure victory.

They played quite a few versions of capture the flag in 3 hours and then feasted on chili dogs.

Posted by Creg Istre Family at 9:46 PM No comments:


We recently spent a week in Georgia visiting friends & family. We spent 5 days in Whigham staying with the Plath family. They have 9 kids and a 47 acre farm. Our kids really like spending time with their kids. As you can see in the pictures we had a blast in a variety of activities. Perhaps the biggest surprise was our enjoyment of square dancing. Every Friday night in a small town called Cairo they have square dancing at the library. We reluctantly went along to be gracious guests, but it turned out to be the highlight for some of us.


Then we drove to Atlanta to spend two days with Chelsa's aunt & uncle John & Dyna Koehler. The boys spent a day at the 2nd largest aquarium in the world while the girls spent some time downtown. The next day we went hiking with John & Dyna and had some great meals & conversation.